What is a Primary Source? A primary source is a document or physical object which was written or created during the time under study. These sources were present during an experience or time period and offer an inside view of a particular event. 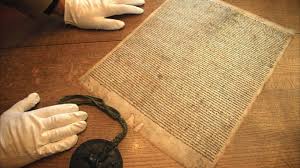 Some types of primary sources include:

Examples of secondary sources include: A journal/magazine article which interprets or reviews previous findings  A history textbook  A book about the economic aspects of the Silk Road 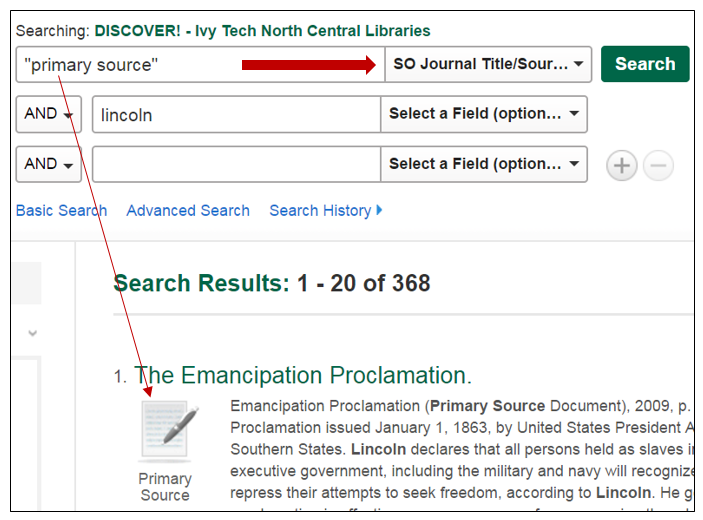 • In the advanced search mode, enter "primary source" in a search box and select SO Journal Title/Source from the drop down menu.

• In the next search box, enter your subject.

• Primary documents are distinguished by their own icon.