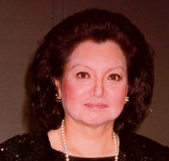 "Time and again throughout our Nation's history, Asian and Pacific Americans have demonstrated their dedication to ideals upon which the United States is founded. In times of war and in times of peace, they have faithfully defended the principles of freedom and representative government."
~President George H.W. Bush, Proclamation 6130

Asian Pacific American Heritage Month, running from May 1 to May 31 each year, is a nationwide celebration to honor the achievements of Asian-American and Pacific-American people and discuss how these achievements have benefited the United States throughout its history.

APAHM dates back to the 95th Congress (1977-78), when five joint resolutions were introduced and resulted in President Jimmy Carter declaring the week beginning May 4, 1979 as "Asian/Pacific American Heritage Week." In 1990, Congress and President George H.W. Bush expanded the celebration to encompass the entire month of May. You can read more about APAHM and its evolution below and in the sidebar.

Created in 2014 in honor of Asian Pacific American Heritage Month, the #IAm campaign by CAPE (Coalition of Asian Pacifics in Entertainment) has featured inspiring video interviews with dozens of writers, artists, actors, producers, and other cultural luminaries.

Many of the interviewees have shared intimate details of their lives and struggles as Asian and Pacific-Americans working within the entertainment industry.

Click the logo above to learn more about the campaign or watch one of the featured videos below. You can also find the rest of the #IAm videos on the official YouTube channel.