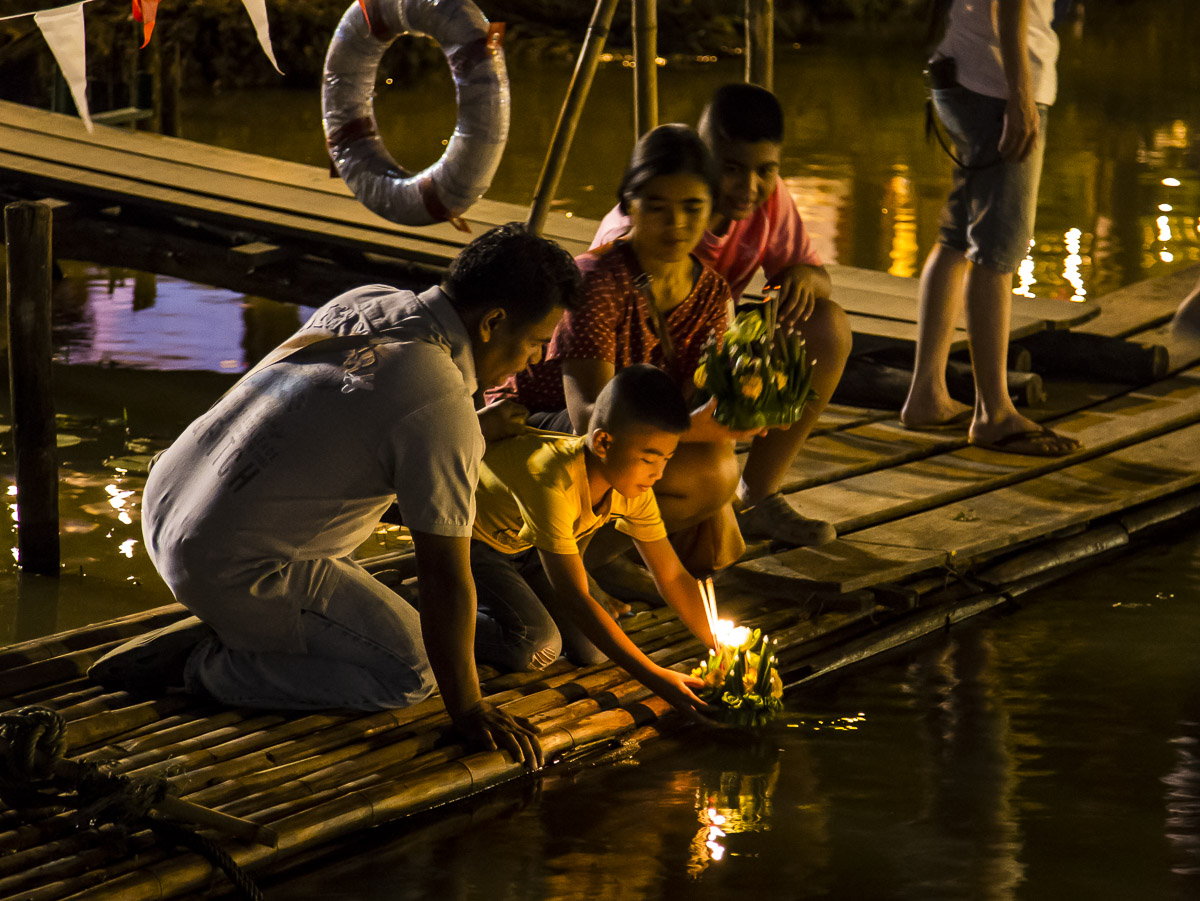 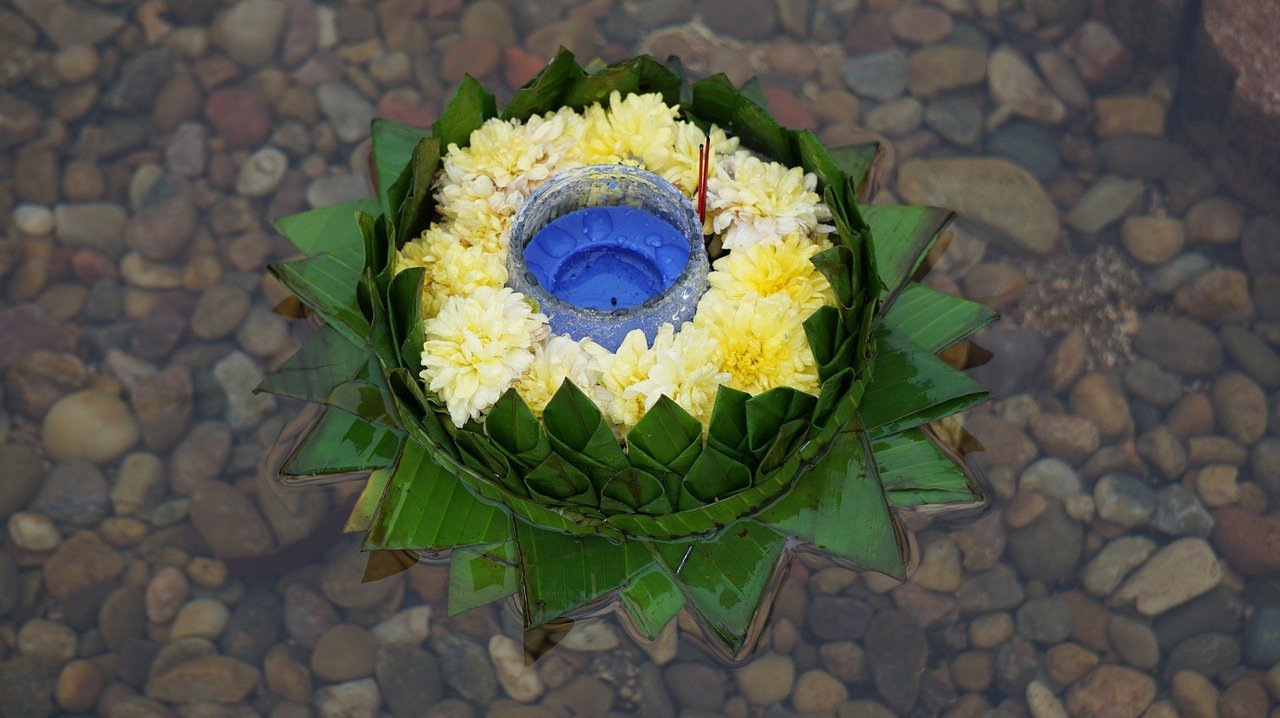 It is celebrated on the evening of the 12th full moon of the Thai lunar calendar. The festival normally lands on during the month of November.

Loy Krathong Festival is known as Thailand's Festival of Lights. The tradition is a way to pay respect to Buddha, and the Goddess of Water, Pra Mae Khongkha to ask for forgiveness for using too much water or for contributing to the contamination of water.  Today, the festival is used to get rid of negativity from the previous year to welcome good fortune for the new year.

People gather around lakes, rivers, and canals to release Krathongs, which are lotus-shaped rafts made from banana leaves, and decorated with flowers.  In the center are traditionally three sticks of incense and a lit candle.  Sometimes coins or locks of hair are included in the center.  Modern krathongs are mostly made out of bread, because they are environmentally friendly as they are biodegradable and can be eaten by fish.