Ash Wednesday, is primarily a Catholic holiday.  It is the first day of Lent.  Palms from last year's Palm Sunday are burned and the ashes are blessed.  Priests use the ashes to make the mark of the cross on the foreheads of their congregation as a reminder of the need for penitence, hence the name Ash Wednesday.

Fat Tuesday is the day before Ash Wednesday and is more commonly known as Mardi Gras in French.  One last feast before Lent.

Lent always falls forty-six days before Easter.  It is a time to contemplate the death and resurrection of Christ through self-examination, prayer, fasting, and self-denial. Anglican churches observe lent with fasting. Lutheran and Protestant churches observe Lent through various services and practices.  In Evangelical or nondenominational churches, Lent is not formally observed. 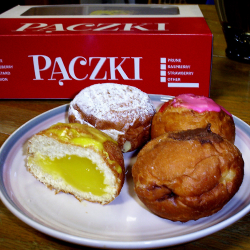 Paczki (“pownch-key”) comes in a variety of flavors.

Mardi Gras is French for "Fat Tuesday," which is 47 days before Easter,

and the day before Ash Wednesday which is the start of Lent. 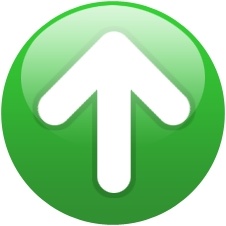 The History of Mardi Gras

Mardi Gras is known by many names: Carnival, Carnaval, Fat Tuesday, Shrove Tuesday, Paczki Day, and Pancake Day.  The origin of the festivities can be traced to medieval Europe and is now celebrated around the world.  Mardi Gras means "fat Tuesday" in French.  It specifically refers to the Tuesday before Ash Wednesday.

Mardi Gras started as a pagan celebration until Christianity arrived in Rome. Later the tradition was incorporated into the Catholic faith. It became a time of celebration before the beginning of Lent.  Lent lasts 40 days leading up to Easter, where fasting and prayer were done in remembrance of Jesus Christ's fasting in the wilderness. From the 5th through the 9th century, strict fasting was customary, where no meat or fish were to be eaten, and only one meal was allowed. Mardi Gras celebration was a way for people to gather and use all the perishable food in their homes before the start of Lent.

As the religion spread throughout Europe and the Lenten festivities, new traditions, and traditions taken from other festivals were added.  The Kings Cake is an example of an appropriated tradition.  It was taken from Three Kings' Day. The cake is decorated in the traditional colors of purple, green, and gold.  A baby figurine is baked inside to symbolize Jesus and is eaten throughout Carnival.